Chiara Parisio graduated in the History of Art at Florence University with Professor Mina Gregori. For several years she studied Italian 16th century painting, specializing in the Brescian school of the Renaissance and afterward of the 18th century. Subsequently she turned her attention to Italian Neoclassicism, in particular portrait miniatures and the decorative arts. She has published extensively on these subjects and is presently active as an independent consultant. 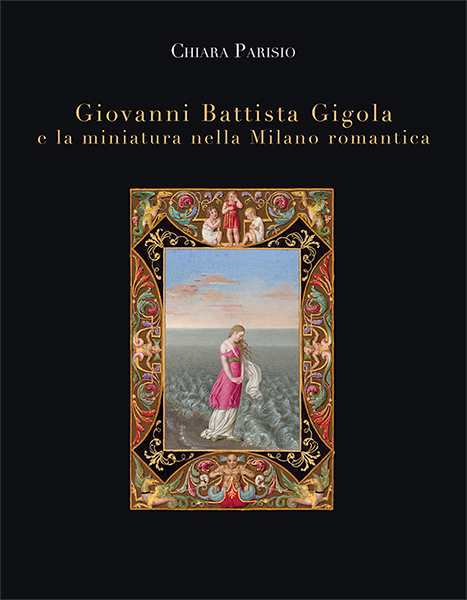 This volume seeks to update what has been published by Chiara Parisio on the Painter Giovanni Battista Gigola (1767-1841) in 2002, 2003 and 2010. Gigola was one of the most admired painters and miniaturists of the Neo-Classical age in Italy and Europe: he was court portrait painter to Eugène de Beauharnais, Viceroy of the Kingdom of Italy (1805-1814) and was also patronised by the Lombardic aristocracy and upper middle classes.
The analysis concentrates on Gigola’s new portrait miniatures, the illuminated decoration of the Romeo and Juliet for Sommariva and the two recently discovered copies on vellum of The Corsair made for Schönborn and Treves.
The volume concludes with a collection of miniatures by Gigola’s artistic contemporaries active in Milan during the Napoleonic era and more widely during the Restoration (Alessandria, Banchi, Betoldi, Boatti, Carloni, De Albertis, Gasparoli, Londonio, Moriggia, Perego, Romanini, Schiavoni e Scotto), updating what has been published by the author in 2009 and in 2010. 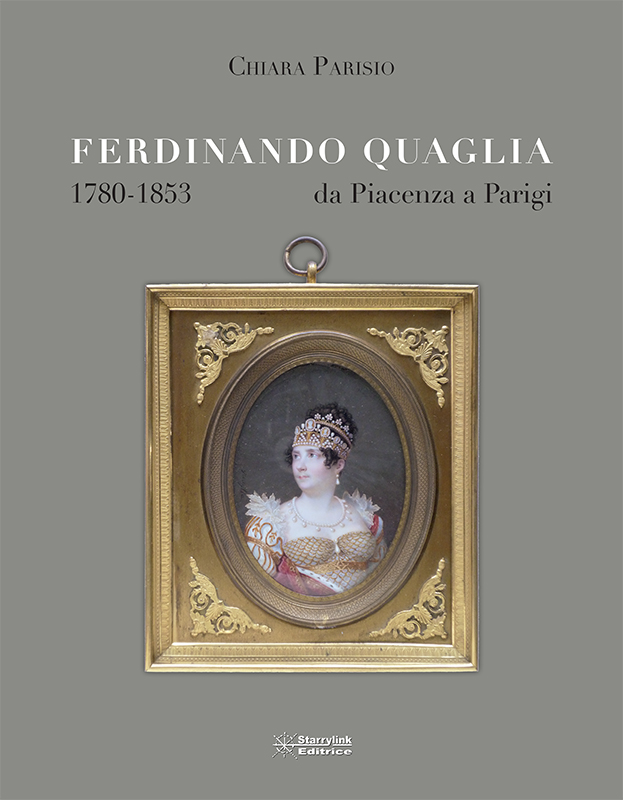 This volume is the first monograph on Ferdinando Quaglia, a little known but ingenious Italian artist nowdays underappreciated in his home country, but of international renown during his lifetime.
The miniature portraitist was born in Piacenza in 1780.  He completed his initial training at the Istituto Gazzola, and in 1797 he transferred to Parma to study under the famous artist Callani, then he moved to Florence. Quaglia was first documented in Paris in 1805, where he lived and worked for the rest of his life.

For the excellence of his work he became the favoured miniaturist of the Empress Josephine, as well as  of various members of the Napoleonic court, diplomats and other artists; his success continued throughout the Restoration.  From 1808 to 1824 he sporadically exhibited at the Salon; for the period after 1830 all that remain are his lithographs.

Only a few of his works are found in Italy today.  These include the portraits of: Giovanni Battista Maggi (Piacenza, Istituto Gazzola), Pietro Cavagnari (Firenze, Uffizi), a Gentleman (Firenze, Pitti), the Grand Duke of Würzburg (private collection), the celebrated opera singer Giuseppina Grassini (Milano, Museo Teatrale alla Scala), as well as a collection of lithographs of  the Parisian Cemetery Père La Chaise (Piacenza, Biblioteca Comunale).  The majority of Quaglia’s works are in the custody of museums around the world or in prestigious private collections in Europe and America. 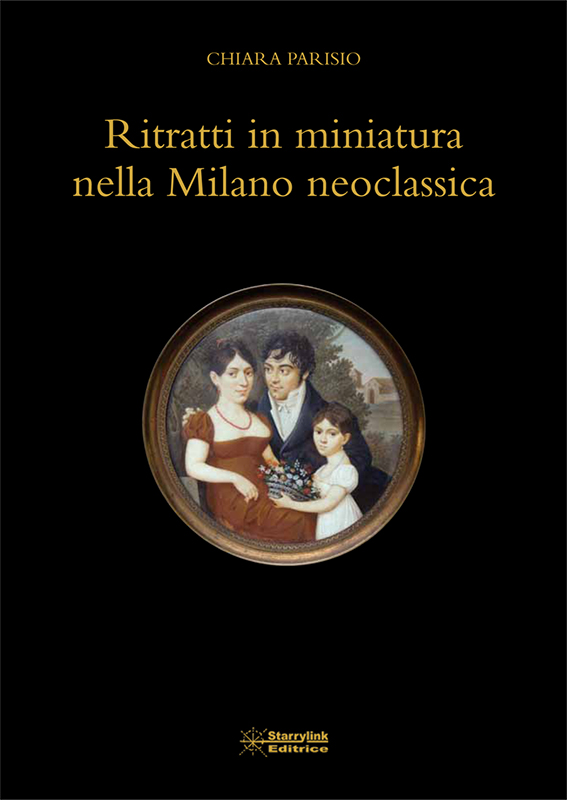 This study is the culmination of years of research on Neoclassical miniature  portraits on ivory by Dr Chiara Parisio.  The author provides a classification and schema of the miniaturists working in Milan during the Neoclassical period (1775-1825).  The study includes artists who were active for the Napoleonic Court and its aristocratic entourage.  During the period, acquisitions of miniature  portraits by the bourgeoise became of ever greater importance, bestowing prestige and wealth on the artists, especially during the years of the Austrian Restoration.  As well as Milanese artists, many regional artists came to the Ambrosian city in search of work opportunities.  The provincial miniaturists represented here include Gigola of Brescia, Boatti of Bergamo, Betoldi of Como, Banchi of Novara and many others. 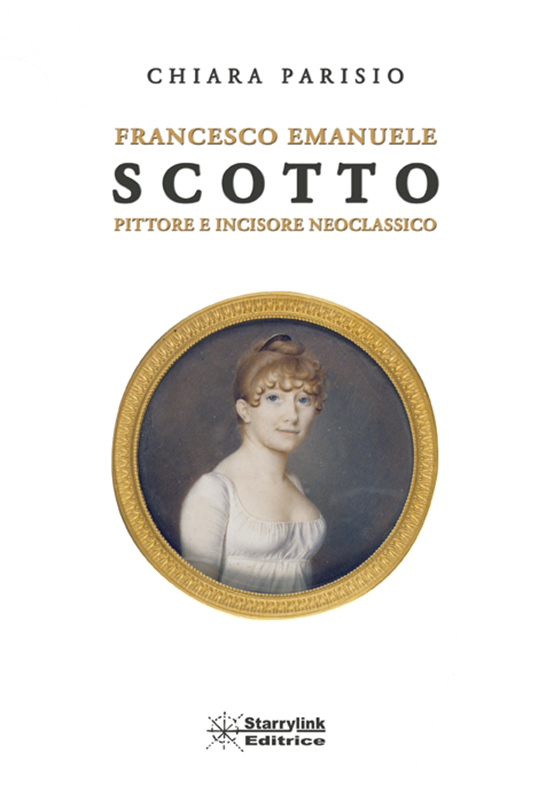 The subject of this monograph is the painter Francesco Emanuele Scotto (Genoa, 1757-1826) who was active in Genoa and Milan during the Neoclassic period. Highly regarded during his lifetime as a portraitist, with this volume Dr Parisio reintroduces Scotto to the arts community and the general public.
The artist trained in Genoa at the Accademia Ligustica where he went on to become a respected academic and eventually the director of the School of Engraving and Painting. During his career he travelled to Rome to undertake further studies where he drew inspiration from Antiquity, as well as the works of the Italian Masters of the 16th and 17th Centuries. He was also influenced by the works of his contemporaries such as Anton Raphael Mengs and Pompeo Batoni.
In Genoa Scotto worked on large canvases such as the Lesson on the Geography of Astronomy (Accademia Ligustica), the Crucifixion (Chiesa della Santissima Annunziata del Vastato) and the remarkable portrait of Lilla Cambiaso Giustiniani with her son Nicolò, private collection).
During the Napoleonic era Scotto moved to Milan where he painted miniature portraits of the Aristocracy and the Haute Bourgeoisie while also painting portraits of fellow artists [Giuseppe Longhi ( Pinacoteca di Brera), Alessandro Manzoni (private collection)] and printmaking.
He undertook commissions for the viceroyal court (Napoleon Bonaparte, private collection; Gioacchino Murat, Milan, Civica Raccolta delle Stampe Bertarelli) and for the La Scala theatre (portraits of singers, ballerinas, composers). During the Italian Restoration he illustrated literary works (Ilyad, Rime by Petrarca). Scotto died in Genoa in 1826. 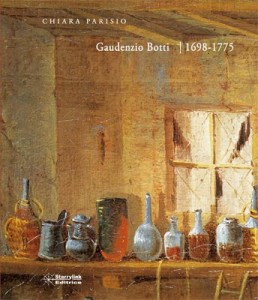 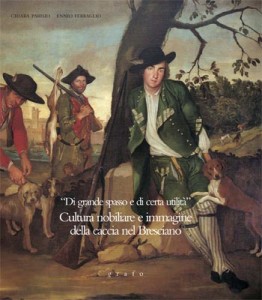 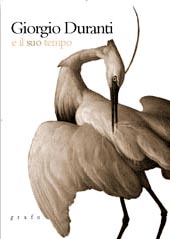 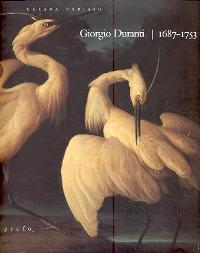 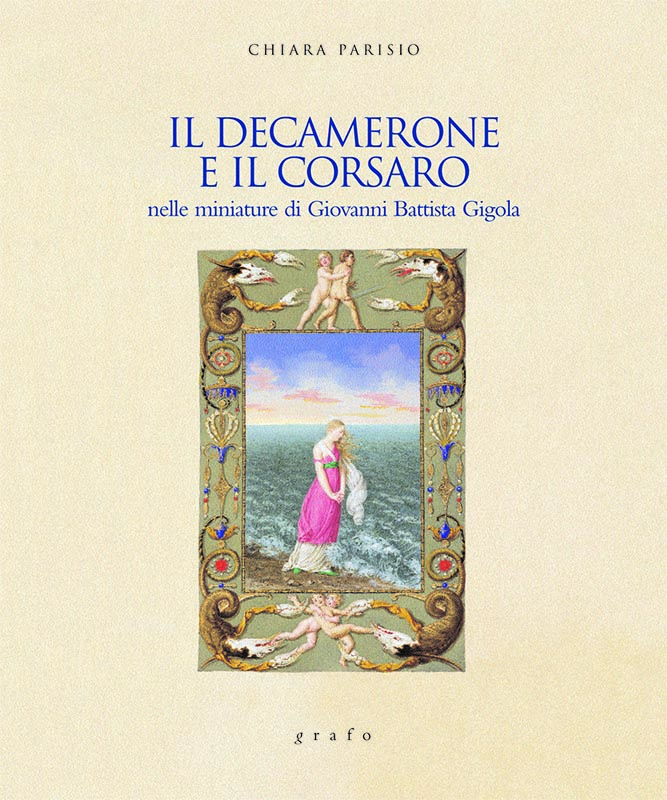 In the frame of the rich artistic production of  Giovanni Battista Gigola (1767- 1841) the decoration of classics with illuminated works deserves particular attention.
This volume focuses on the illustration of a copy of the Decameron by Giovanni Boccaccio for Marquise Trivulzio (1811; Milano, Biblioteca Trivulziana). The painter decided to illustrate ten tales, selected one from each day of the collection, in addition to a portrait of Boccaccio and a scene of the peste in Florence of 1348.
The Corsair by Lord Byron (1826) was decorated in three copies: the only one known today, formerly in property of Gigola itself, is now belonging to the Ateneo di Scienze, Lettere e Arti in Brescia. 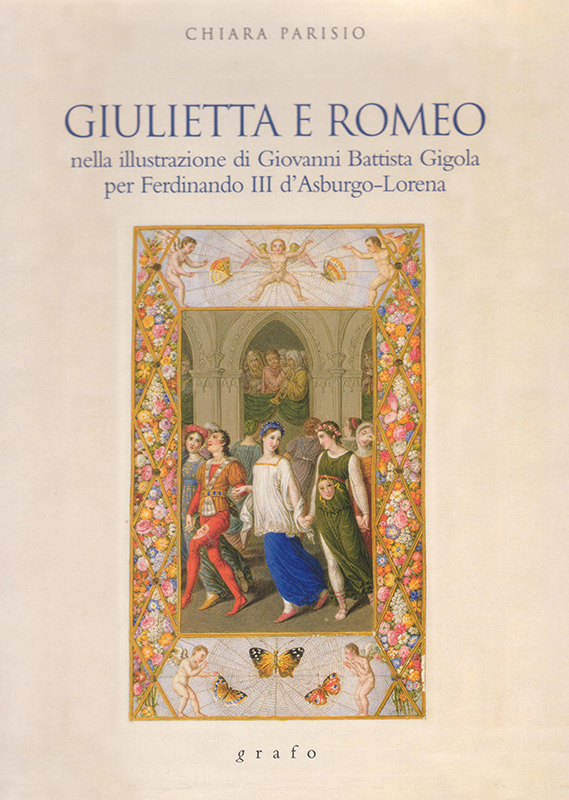 This work examines one of the most important and popular works of Gigola’s career, the decoration of the so-called Giulietta e Romeo or Historia novellamente ritrovata di due nobili amanti  by Luigi da Porto, written around 1524. Gigola’s work was printed in seven copies on vellum in 1819 and decorated with elaborated illuminations between 1819 and 1825. Only four copies survive: this volume focuses on the copy produced in 1822 for Ferdinand III of Hapsburg-Lorraine, Grand Duke of Tuscany.
A brief account of Gigola’s life and work is followed by an examination of the novel of Giulietta e Romeo from a literary and historical perspective. A pictorial analysis of the Giulietta e Romeo is then given followed by a discussion of the historical and cultural context in which the work for Ferdinand III of Hapsburg-Lorraine was conceived.
All the illustrated pages are reproduced and the comments of Alessandro Torri (1826) are reported. The illuminations produced for the copy made for Lord Spencer are also illustrated for comparison, along with the comments of Thomas Frognall Dibdin who was his librarian (1822). 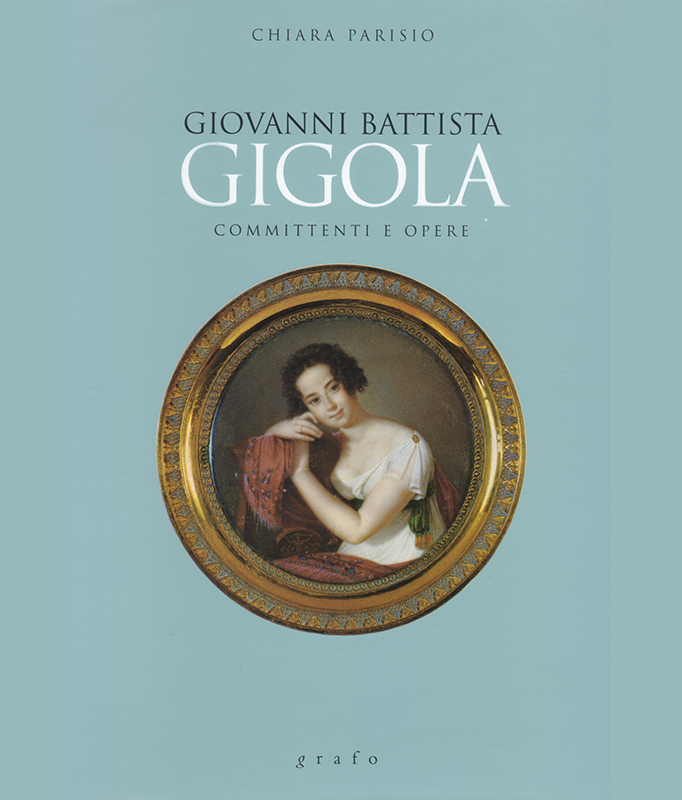 This study focuses on the activity of Giovanni Battista Gigola (1767- 1841). The book illustrates the variety of his talents and re-evaluates his reputation, not just as a miniaturist but as a painter. Gigola’s career is assessed using documentary evidence and by examining the important contacts he established with influential contemporaries, notably Gian Giacomo Trivulzio and Gian Battista Sommariva. The author traces Gigola’s rich career from his largely unknown early training in Lombardy to his long and stimulating stay in Rome, during which the young artist immersed himself in classical culture and made a devoted study of the great masters of the sixteenth and seventeenth centuries. Gigola then travelled to Paris and finally settled in Milan. His success culminated in his portraits of the Viceroy of Italy, Eugène de Beauharnais, and of the Emperor Franz I. An important area of his work was also the illuminated decoration of classic literary works.

If you want to contact the author, please use the form below.